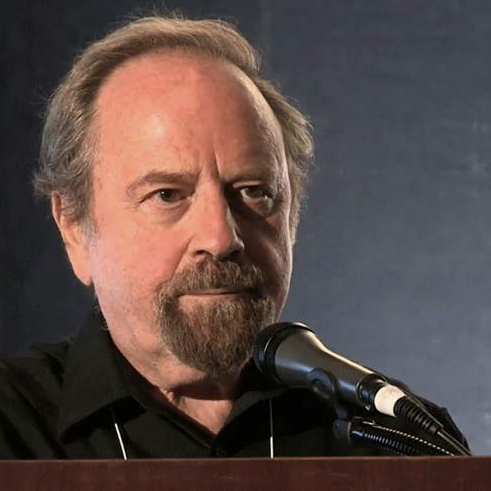 Dr. Alex Hershaft is the President of Farm Animal Rights Movement (FARM) and a co-founder of both FARM and the U.S. movement for animal rights as a whole. Born in Warsaw, Poland shortly before World War II began, Alex survived Nazi persecution and sought refuge in the US, where he held a 30-year career in materials science and environmental consulting and a prominent role in the movement for religious freedom prior to dedicating himself to animals. Alex organized the first Animal Rights National Conferences, World Day for Farmed Animals, Meatout, and a dozen other initiatives – and was inducted to the Animal Rights and Vegetarian Halls of Fame. Read Alex’s blog here.

Dr. Hershaft was born in Warsaw, Poland, in 1934 to respected scientist parents. During World War II, he and his family were forced into the infamous Warsaw Ghetto, then into hiding among Christians. His father was tragically captured by Nazis and murdered, while he and his mother Sabina escaped first to Western Europe, and then to the United States and Israel, respectively, in the early 1950’s.

After working on a family member’s egg-laying farm during college in the United States, and witnessing a religious slaughter back in Israel, Dr. Hershaft began to note similarities between the oppression he had witnessed and experienced during the Holocaust and the oppression of animals.

“Among the similarities are the use of cattle cars for transport and crude wood crates for housing, the cruel treatment and deception about impending slaughter, the processing efficiency and emotional detachments of the perpetrators, and the piles of assorted body parts – mute testimonials to the victims they were once a part of.”

Founding a Movement
Dr. Hershaft became a vegetarian in 1961 and, that same year while residing abroad in Israel, launched a major protest that led to formation of the League for Abolition of Religious Coercion – a movement to end repression by Orthodox authorities. Back in the United States, for nearly 20 years he consulted on environmental science and technology for universities, aerospace firms, and government agencies. In 1976, he founded the Vegetarian Information Service (VIS) to distribute information on the benefits of a plant-based diet after attending the World Vegetarian Congress the prior year.

In the summer of 1981, Dr. Hershaft organized Action For Life, a national conference that effectively launched the U.S. animal rights movement by bringing together members of the vegetarian movement with activists concerned with animal rights issues (mainly vivisection). Immediately after, he founded FARM as the first U.S. organization to promote both a vegan lifestyle and animal rights.

He launched World Farm Animals Day in 1983, Great American Meatout in 1985, Letters from FARM in 1996, the second round of national animal rights conferences in 1997, and the Sabina Fund in 1999 to honor his late mother by supporting animal rights groups abroad. Along the way, he held the first Gentle Thanksgiving and Vegan Earth Day observances, organized numerous dramatic slaughterhouse and USDA demonstrations, and mobilized hundreds of local animal advocates (see FARM’s History).

Recent Years
In 2018, Alex began the process of shifting the responsibilities for FARM’s day-to-day operations. He spends some of his well-deserved free time folk dancing, traveling abroad for leisure, swimming, running, and visiting his daughter Monica, who runs a natural healing practice in Los Angeles.

He has not slowed down much, however. Dr. Hershaft lectures annually on social change, movement building, developing leadership, and personal growth. He continues to write dozens of letters each year to newspaper editors about the merits of a vegan diet. Most recently, he has been presenting a powerful slideshow and speech entitled From the Warsaw Ghetto to the Fight for Animal Rights.

A Lasting Legacy
A list of Dr. Hershaft’s accolades and accomplishments beyond FARM includes serving for 16 years on the governing council of the International Vegetarian Union, 13 years on the board of the American Humanist Association, and 8 years on the board of In Defense of Animals. He has been inducted into both the U.S. Vegetarian and Animal Rights Halls of Fame and is listed in Marquis’ Who’s Who in America and American Men and Women of Science. Dr. Hershaft received his B.A. in 1955 from the University of Connecticut and his Ph.D. in inorganic chemistry in 1961 from Iowa State University.

His influence on the animal rights movement as a whole can hardly be understated. Leaders who got their start under his guidance include Gene Baur and Lorri Houston, Dawn Moncrief, founding president of A Well-Fed World; and dozens of others.