Planet Bethesda 2022 and Beyond!

On a gorgeous Sunday, June 5th, an estimated 2,500 people converged on Elm Street Urban Park in Bethesda, Maryland, for a World Environment Day Festival. Planet Bethesda, hosted by Farm Animal Rights Movement (FARM), Physicians Committee for Responsible Medicine (PCRM), and Sustainable Earth Eating (SEE), was unlike any previous “vegfest,” as it attracted thousands of people to the park; regardless of their current dietary choices.

Whether they were attending for the plant-based food (and willing to stand in lines), the Kids’ Korner activities, the beer garden, the speakers, canine courtyard, or to just meet with family and friends, Elm Street Park was alive with energy as music set the backdrop for the festival atmosphere.

The speaker lineup:
Planet Bethesda was kicked off with a rousing talk by Congressman Jamie Raskin which led to opportunities for Maryland residents to interact with the Maryland Congressman and engage in dialogue and photo opportunities; throughout the day, other distinguished voices were heard on the main stage, including:

Attendance and the Plant-based Promise:
An estimated 2,500 people attended Planet Bethesda between noon and 6:00 pm. The attendees were vegans, vegetarians, and, more importantly, omnivores who were treated to 100% plant-based foods, talks, and informational booths. During the event, nearly 200 “Plant-Based Promise” signatures were secured, asking individuals to take up to three challenges in the coming months toward plant-based purchases and decisions.

Following up with the pledges in the coming weeks with a survey and planning to add them to any future event announcements and our informative eNews so we can keep in touch.

From sponsors and attendees:
Both during the event and afterwards, vendors, attendees, and sponsors all agreed that Planet Bethesda was not only a success but that they would gladly return for a 2023 event.

“On behalf of TD Bank, I would like to thank you for allowing us the opportunity to sponsor yesterday’s Planet Bethesda event! After two years of restricted in-person community engagement due to the pandemic, it was truly a pleasure, as a community bank, to get back out in the community and participate! As a Sponsor, the event was a great opportunity for us from a community exposure and branding standpoint, and in line with our organizational commitments of being a “Green” and Better Bank! Thank you again for the consideration and opportunity of being a part of such a wonderful event!”

“I wanted to thank [FARM] for putting on a great event yesterday. Everything was great. The crowd and the weather couldn’t have been better. If you will have us again, we will definitely be back.”

Thanks again,
Brian (Owner) from Berries and Bowls

“Thank you! That was an amazing event. Bravo!”

“This was one of the best vegan events I have ever attended! Thanks! I hope you do it again.”

“Planet Bethesda was the most well organized event I have ever participated in.”

“This event was so well thought out and planned, we would definitely do it again. Thank you so much for the opportunity. It was a tremendous success for our brand.”

“Yes, we would love to work this event again next year. Moreover, we were very satisfied with the venue and everything else involved with the planning. We look forward to working with you in the future!”

“I was glad to hear that the event was a success and that we were to participate. Please accept this … as a promise to support the event next year.” 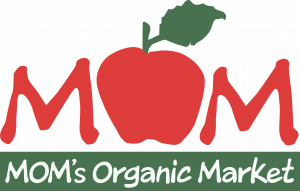